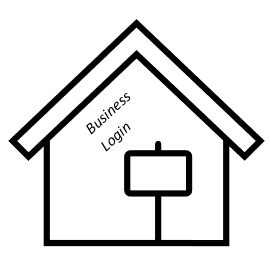 Brighton Bank is proud to be the oldest community bank serving Tipton County. Our rich history and commitment to the community allow us to provide friendly customer service and modern banking amenities to all our customers throughout West Tennessee. Chartered under the laws of the state of Tennessee on October 10, 1910, Brighton Savings Bank opened with a passion for its customers. The bank began with a capital requirement of $10,000 and was governed by a board of five local community leaders.

The bank grew in size but faced troubling times due to the Great Depression that struck the United States in the 1930s. Amazingly, Brighton Savings Bank was able to remain open and operational during the Great Depression – a time when many other local banks were forced to close their doors. During this time, Marvin Earl Hill, Sr. worked for three months without pay to keep the bank open. Mr. Hill’s dedication to the bank is reflected in his 47 years of service, in which he acted as cashier, executive vice-president, and eventually president. He was the only employee of the bank during its first five years in business.

The growth of Brighton Savings Bank was clearly due to the leadership and commitment of some of its first presidents, including R.F.Miller, R.B. DeWese, L.K. Baird, M.E.Hill, N.D Tinkler, M.H. Simonton, Polly D. Jones, and James A. Tinkler. In October of 1980, the majority of the bank’s stock was purchased by Brighton Bancshares, Inc. and subsequently in 1981, the name was changed to Brighton Bank. In 1985, William N. Griffin of Memphis purchased the bank and has been the primary stockholder since that time.

The bank moved from its historic location in downtown Brighton to a new, modern bank office on Highway 51 South in the fall of 1996.

With the launch of online banking in 2007, Brighton Bank is committed to offering customers all the services of a large bank with a small-town, community atmosphere. Our friendly tellers, customer service representatives, bookkeepers, loan officers, and executives are proud to work for a bank with such a commitment to the community. From the founding of the bank in 1910 until now, we have always been committed to our customers. Brighton Bank is your community bank.